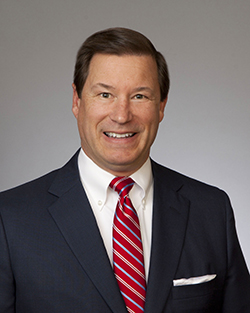 In November of 2009, Mr. Hall joined American Pride Bank and American Bancorp, Inc. as President, Chief Executive Officer, and Director.
Mr. Hall has been in the banking industry for over thirty years. Mr. Hall spent fifteen years with regional and super-regional banks, including tenure as Senior Vice President of Bank of America in Atlanta. In 2001, Hall entered community banking as Chief Credit Officer and Senior Lending Officer for Cornerstone Bank in Atlanta. He left that position in March of 2003 to become Executive Vice President and Chief Operating Officer of First National Bank West Metro, headquartered in Paulding County. In January 2004, he became President and Chief Executive Officer and a director of First National Bank West Metro, as well as a director of West Metro Financial Services, Inc., the bank’s holding company. First National Bank West Metro was sold in August 2005 to First Horizon Bank, where Mr. Hall remained for a year as Senior Vice President, West (Atlanta) Region Executive. Hall was an organizer, President and Chief Executive Officer of First Choice Community Bank, a de novo bank chartered in west metropolitan Atlanta in April of 2007. Mr. Hall returned to his hometown of Macon in 2009 to join American Pride Bank. During his working career, Mr. Hall has been actively involved in the community and has served numerous civic and charitable organizations.
Mr. Hall recently completed service on the boards of the Georgia Bankers Association (Past Chairman), Greater Macon Chamber of Commerce, and Idle Hour Country Club; he served on American Bankers Association’s Government Relations Administrative Committee, and currently serves on ABA’s Membership Council; he is a member of the GBA Community Bank Committee and GBA BankPAC board, Macon Civic Club, Leadership Macon 2011, and Turning Point at Mabel White Baptist Church. In his time spare time, Mr. Hall enjoys spending time with his family, hunting, golfing, and playing tennis. Mr. Hall resides in Macon with his wife Stephanie and they have three children.

Mr. Flowers was involved in the organization of American Pride Bank starting mid-2007. He is a 1988 graduate of Presbyterian College with a BS double major in Business Administration and Psychology. In 1994 he graduated from the Georgia Banking School, where he returned to be the Intermediate Class Advisor for several years, and attended the School of Commercial Credit of Bank South, NA. Mr. Flowers has experience in almost all facets of banking, but specializes in commercial lending and retail banking administration. He is a Cohen-Brown certified instructor for Extraordinary Sales Leadership, Proactive Relationship Banking, and Breakthrough B2B Banking. Andy has over 30 years of banking experience serving the Middle Georgia region having worked at Synovus, Bank South, Bank of America, SunTrust Bank, and Robins Federal Credit Union. As Executive Vice President and Chief Lending Officer for American Pride Bank, Mr. Flowers oversees all lending functions, the retail staff and compliance. In addition to his responsibilities at the bank he serves as the President of Jack Henry User Group Southern and as the Chairman of the Houston County Volunteer Medical Clinic. In his spare time, Andy enjoys cooking, music, movies, the beach, and travel. Mr. Flowers has been a resident of Houston County for 30 years and has two daughters who are graduates of the University of Georgia. 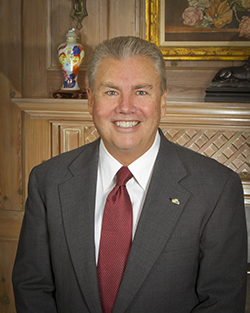 Mr. Byers joined American Pride Bank and American Bancorp, Inc. in October 2017 as Chief Financial Officer and Executive Vice President.  Mr. Byers has been in the banking industry for over twenty-six years. He spent thirteen years with Prudential Financial including nine years in its commercial banking division. While at Prudential Bank, Mr. Byers was responsible for management of the credit card accounting operation and related asset securitization activities for several years with the remaining time spent in the bank's treasury management department. In November of 1999, Byers entered community banking as Controller for ebank, an Atlanta based internet bank. In May of 2000, he was promoted to Chief Financial Officer and served in the capacity through July 2008. In 2008 Byers became Chief Financial Officer of Resurgens Bank, an Atlanta based de novo community bank and served in this capacity until the bank was sold in September of 2017. Mr. Byers enjoys spending time with family and friends, tennis, golf and hiking. He is a 1981 graduate of The University of Georgia's Terry College of Business, J.M. Tull School of Accounting and a 1984 graduate of Georgia State University's J.Mack Robinson College of Business. He resides in Macon and is a Certified Public Accountant.
Go to the top of the page
Read more on our accessibility statement